Home Bitcoin Mining for Beginners – How to mine Zcash?

The world of cryptocurrencies is growing at an accelerated pace. The crypto market cap continues to grow with record breaking volumes. The basis for creating value in the crypto world is the mining process for major and veteran coins – with Bitcoin leading them.

While the coins of the “old world” as we all know, were and still are issued by centralized bodies such as banks and governments, and are created as printed bills or banknotes, the process of creating money in the world of crypto is decentralized.

The decentralization is done using the blockchain technology. Blockchain, is a type of a ledger that confirms transactions and lives in a distributed-fashion in the cloud. In other words, a group of computers around the world holds copies of the order books and for any given change in it, all the copies are updated. When a majority of the computers authorize a transaction, the money is securely transferred and added to the next block which will be written.

In 2009, Bitcoin was one of the first applications of the blockchain. Since the invention of money, the problem of centralization has always existed. Although it was temporarily solved in the era of the gold rush, when every ordinary man could mine gold and generate money, since then, banks and credit companies took control over the money, shifted over to working with credit, and practically cut off the connection to gold itself and created a monopoly on printing money. Bitcoin returned the possibility of generating money for everyone. It is no coincidence that the process of generating cryptocurrencies is called “Mining”.

What is the mining process?

The blockchain allows the transfer of funds in a decentralized manner, while security and fraud-prevention are carried out by encryption, hence the name crypto, as cryptography is the discipline of encryption. Encrypting and verifying a transaction requires work. Computers which do this kind of work, which is basically solving a mathematical puzzle, get to write the next block in the chain, and are rewarded with coins for it – this is practically the mining operation. The more miners a network has, the stronger it is and the faster and more secure it is.

As solving these mathematical puzzles had become difficult, mining pools are being used. A mining pool is a joint effort between miners, so that even a miner with a relatively small amount of processing power can enjoy the reward, without having to solve the whole mathematical puzzle by himself, as it requires a lot of computing power (Hash rate). In the early days of Bitcoin, it was possible to mine Bitcoin with a standard processor of a personal computer (CPU mining). Afterwards, as the network grew bigger, the difficulty of solving these puzzles grew too, and it was no longer possible to mine using a CPU. For this reason, people shifted to using powerful “gamers” graphics card processes (GPU mining), as their design solves those puzzles much faster than a CPU. The next step was to shift over to ASICs (Application Specific Integrated Circuits which are basically dedicated machines built for the sole purpose of mining). Today, Bitcoin’s network is so heavy, that nobody can mine Bitcoin by themselves. As an individual miner’s power is relatively small, he will probably not be able to solve any puzzle before other more powerful miners do and new puzzles are issued, resulting in wasted work which practically gives zero income (in theory, an individual can solve a puzzle by themselves, but with Bitcoin the chances of success are smaller than winning the lottery).

For this reason, miners started to work in groups, which are called pools. A pool of miners unites the calculation power of a workforce of small miners in order to obtain a significant mining power (aka hash rate), thus increasing the chance of solving a puzzle and getting the reward for it. Each miner in the pool, gets a “share” of the reward, according to the amount of power he contributed to the pool.

Today the blockchains of Bitcoin and Ethereum are so heavily loaded, that even participation in a mining pool has become unprofitable, as the amount of resources invested in mining (electricity bills) usually exceeds the return. For this reason, the mining guide we are presenting today is a Zcash mining guide.

Zcash, or ZEC, is a currency that developed from Bitcoin, with the addition of anonymity. While in Bitcoin’s blockchain, anyone can see the transactions between all the addresses and see each address’s balance, with Zcash it is possible to make transactions without revealing the balance of a wallet (which represents an address).

To date, Zcash is the 17th most valued cryptocurrency, in terms of market cap ($500 million), and it shows a relatively high volume ($60 million a day).

Although Zcash is already a mature coin, it is still not coming close to the load and size of Bitcoin’s and Ethereum’s chains, so, in most cases, mining it is more profitable. In 2016 when Zcash came into the world, it was very profitable to mine it. Due to the fact that there were only 12 Zcash coins in circulation, the price went up to the astronomical price of 3000 Bitcoins for one Zcash coin!

Before we begin, it is important to note that the responsibility of mining rests only with the miners themselves. Caution is required when running a computer and using high power for a long period of time. We have never heard of case where a miner burned a house down, but computers can certainly smoke. In addition, no one is guaranteed to see profits due to fluctuations in exchange rates and a change in mining difficulty level and performance.

The following explanation is about how to mine Zcash (very profitable currently at the moment as of writing this article) in a pool called miningpoolhub. It is possible to mine many other coins through this pool, but you need to download other mining software to do so.

It is important to know, that mining on a personal computer is supposed to be done for the purpose of learning. In order to generate profit and achieve massive cooling as well, it is better to build or purchase dedicated mining machines.

7 steps guide on how to mine Zcash ZEC

1.Resources:
Get a strong (and better than one) video card for profitable mining. Mining with a laptop, cell phone or an old video card (more than a year old) will not pay off.

2. Registration for a mining pool
Visit this website, fill out the details and confirm the email sent: Choose a 4-digit pin code which will be used in each update. Enter the site and select Zcash on the left side – Click on “wallet” and enter your ZEC wallet address. Click on “Update Account”. 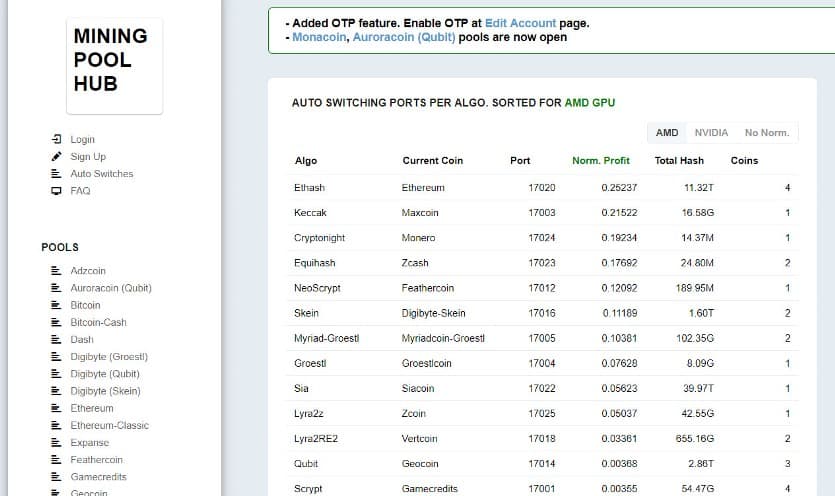 3. Mining Software: Download here the most appropriate version for your computer.
An executable file (mine.bat) must be created and the following content should be inside it:
exe -cd 0 -t 4 -l us-east1.zcash.miningpoolhub.com:20570-u USER.rig9 -p x
The word “USER” must be replaced with the username you chose for miningpoolhub.
The word rig1 does not need to be replaced unless you want to mine with more than one mining machine.

4. Turn on mining and monitors of miningpoolhub
Click on “workers” and choose one of the jobs (Account’s default jobs) according to your card. Run the file you have created (mine.bat). Make sure that there are no errors and that a message approving your worker has been received. If you did not get this message, it means you did something wrong. After the program starts running you will see that the worker (called the miner) is added to the “workers” screen. On the site, click “Dashboard” to see data about the mining (it will take some time until you see something; it is updated according to the work that the mining machine does).

5. Withdrawing the coin to your wallet:
After you have accumulated a certain amount and you wish to withdraw it, click “wallet” and then “cash out”. Verify the amount and wallet address first. Within a few minutes, the amount will be sent to your wallet.

6. It is recommended that you install applications such as MSI Afterburner in order to control the card’s fan. In its default mode, the power is low and it allows the card to reach a temperature of 70-80 degrees Celcius (normal when playing occasionally but not healthy when it comes to a machine running 24-hours a day).
It is advisable to put the fan regularly on a certain percentage so that the heat of the card is about 60 degrees (note that during the day the house is warmer and the temperature will rise accordingly).

7. You can estimate how much profit you will get, by checking on CryptoCompare.
The site shows the value of the currency and its estimated value in dollars for a certain processing power (you can also enter electricity costs).

Special thanks to Deddi Dayag who helped in preparing the article and the mining guide.

The post Mining for Beginners – How to mine Zcash? appeared first on CryptoPotato.

Billionaire Investor Believes Bitcoin Will Reach $10,000 by End of Year

Huobi Says ‘Goodbye’ To Bitcoin Industry Amid Rumors It’s Not Over...